There are now 5 artists’ prints available to buy, which help raise funds for the National Whale Centre Development Trust.

For enquiries or purchases please contact one of the following galleries:

One for the whales by Dick Frizzell 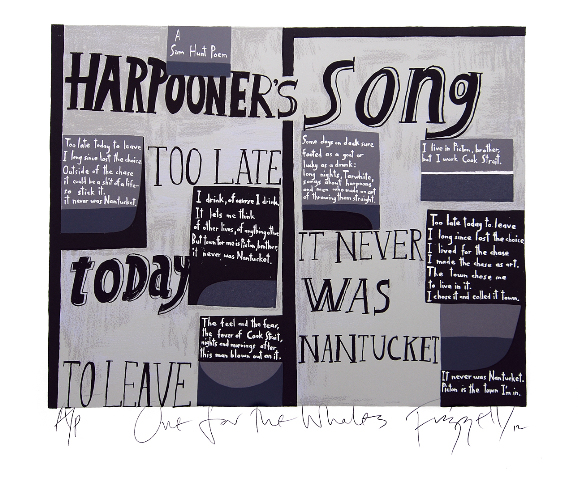 Here Frizzell has taken Sam Hunt’s freewheeling poem The Harpooner’s Song, referring to the historic whaling centres of Picton in New Zealand and Nantucket in North America, and emphasised the most famous lines in an edgy, very collectible artwork.

Frizzell’s screenprint was produced by Artrite in Auckland who have a long printmaking association with a number of eminent New Zealand artists such as Michael Smither.

This work is a strictly limited edition, in the much sought-after style of Frizzell’s recent paintings and prints in collaboration with celebrated poet Sam Hunt.

Several collectors have already acquired One for the whales and of the original release.

A two plate intaglio etching and aquatint in an edition of 40.  The print was produced by Michael Kempson, Head of Printmaking and Director of Cicada Press – College of Fine Arts, University of New South Wales, Sydney.

Greg’s etching is the result of his intimate involvement with the Kermadec Project , 2012
(see Pew Trust Environment Group and Encounters in the Kermadecs)

$950 (unframed, including GST, postage and handling).

He whanaunga by John Walsh 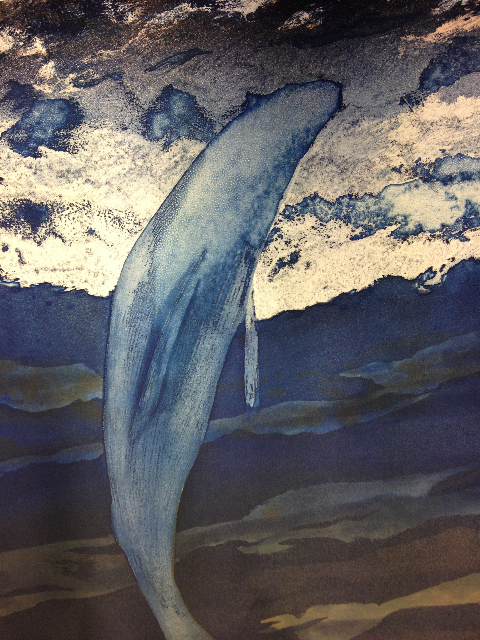 The artist describes the print as follows:

We are related, at some point and of course to Maori all things are connected, all part of the organism of life. Even inanimate things, mountains, rivers, ancestors, dreams, memories…

I hadn’t made an etching in a long time so wanted to do something simple and elegant, strong. To me this guy is breaching several atmospheres: water to air, darkness to light, them to us, known to unknown, unknown to known… I had in mind the alien environment of Antarctica where we can only survive with life support systems equivalent to space travel and they inhabit comfortably as part of their yearly migration. “

None but ourselves by John Pule 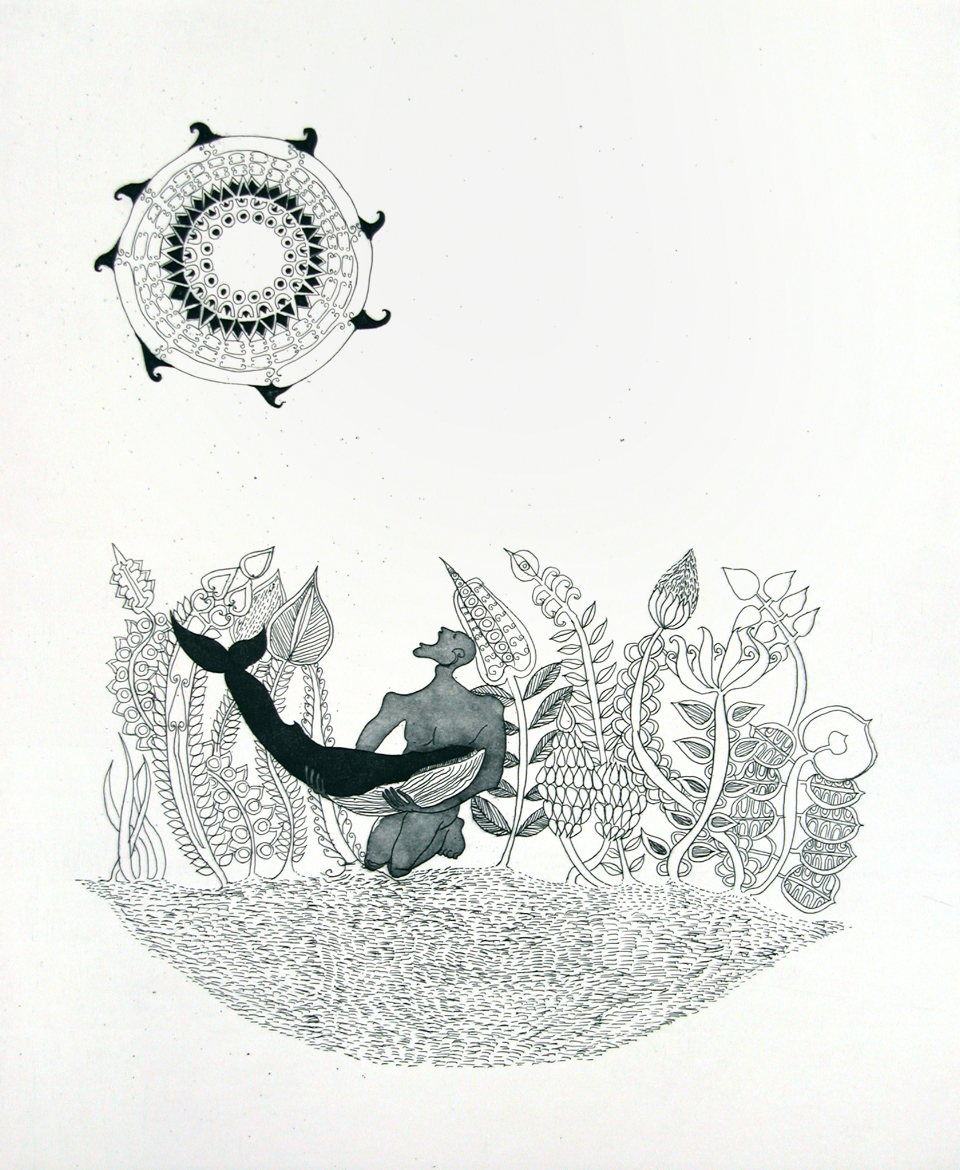 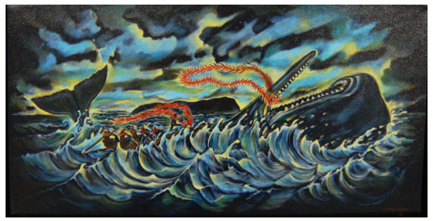 Michel Tuffery’s work, like the earlier Dick Frizzell print was printed by Artrite in Auckland, a favourite of artists around New Zealand for their silkscreen printing expertise.

$1150 (unframed, including GST, postage and handling).