Given the Centre’s temporary closing many of the opinions in the original ABOUT text below are out of date. Our Youth Patron is no longer that youthful and he and his family have returned to the UK. The Trust has been disestablished however Nick Gerritsen and Luit Bieringa are still active and keen to reestablish the concept in another NZ location or assist others who wish to engage assistance to do so.

However the basic concept expressed in the original text still stands as the guiding principle to any future configuration.

Whales and whaling have featured prominently in New Zealand’s economic and cultural life over the centuries. And most, if not all, of that history, is embedded in and scattered throughout the larger museum collections in New Zealand.

However there is no single organisation or museum which devotes its entire organisation to that natural, cultural and social history and its current manifestations in all its richness and in depth.

While the National Museum and subsequently its offspring, Museum of New Zealand Te Papa Tongarewa, have always had a specialist, largely scientific, brief in this area and has recently addressed the wider issues associated with whales and whaling in its touring exhibition Tohorā, it and the small museums at Butler Point and Kaikoura are the exception.

In other words there is no natural home for the ideas and objects connected to our cetacean, whale and whaling history or more importantly ideas and issues pertaining to the marine biodiversity of New Zealand , the Pacific and the Southern Oceans.

Given our rich history and diverse range of knowledge residing in various academic, research and commercial enterprises as well as in the private domain throughout the country, it is the intention of the NWC Development Trust to create an information network and eventually a physical entity which can operate as a central information, research and education portal.

The reason that Picton and the Marlborough Sounds are the catalyst for this project would be obvious to most people with some knowledge of New Zealand’s pre-European and post-contact whaling activities.

Not only was the Sounds area the epicentre of 19th and early 20th century whaling enterprises, it also has the only substantial refurbished whaling station in the country near Tory Channel, recently refurbished by the Department of Conservation with the help of many of the ex-whalers.

In addition to identifiable and extant shore-based whaling sites at nearby Kaikoura and Port Underwood, Tory Channel was the scene of the most intensive whaling operations in New Zealand until commercial whaling ceased in 1964.

Given the large number of these extant sites within a comfortable radius of Picton, it would seem obvious that a National Whale Centre situated in Picton is as logical as it is to have America’s best known whaling museum in New Bedford.

The Centre’s Vision is:

A museum without walls/ an information hub

Since the earlier presentation of a National Whale Museum concept in 2007, there has been a significant shift away from the notion of a “bricks and mortar” and collections based organisation.

As a first step the National Whale Centre intends to attract and engage its potential constituency through its blog and subsequently website, concentrating on the sharing of ideas, information, activities and links with like-minded organisations, and be a more dynamic and contemporary organisation looking to the future that can:

Stage 1 of the centre’s programme aims to:

The National Whale Centre Development Trust is precisely that- a development trust charged with the creation of a long term and sustainable National Whale Centre sited in one of the world’s most exciting and relevant maritime locations in the world. The nature and success of its short-term activities will lay the groundwork for a sustainable, relevant and dynamic organisation that will contribute to the dialogues we all need to engage in.

The NWC Development Trust is an all-volunteer, not-for-profit education, exhibition and research organization dedicated to sharing and promoting whaling histories and contemporary issues pertaining to cetaceans and the marine environment.

All of the trust members charged with advancing the National Whale Centre concept live in the Picton/Sounds area and have had a long-standing commitment to the development of Picton and the Sounds with interests in aqua-marine issues, conservation projects, Picton Foreshore developments and the area’s history. 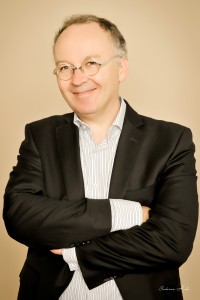 Nick Gerritsen is a Picton-based catalyst and social entrepreneur.

He loves BIG ideas – ones that are going to lead to global structural change – and is committed to the culture of innovation – unafraid of operating beyond existing boundaries.

He specialises in developing technology propositions from the ground up, and has been one of the leaders promoting New Zealands contribution to the global clean tech revolution. In addition he is also involved in projects in the internet /online sectors that unlock entirely new transactions.

He is co-founder of leading renewable fuel developer NXT Fuels www.nxtfuels.com , along with Celsias www.celsias.co.nz , Carbonscape www.carbonscape.com and Foodspy www.foodspy.io ; and besides being founding Chair of the National Whale Centre Development Trust, is a Trustee of The Akina Foundation www.akina.org.nz and The Land Trust www.thelandtrust.co.nz.

He operates within a global network across the innovation and capital markets.

Nick graduated from the University of Canterbury, Christchurch with a Bachelor of Laws (LLB). During his legal career, he advised leading corporates on intellectual property and later enjoyed a string of successful business ventures, most notably in radio, and software sectors. He has been a consultant to New Zealand On Air, Radio New Zealand, Te Mangai Paho (the Maori Broadcasting Funding Agency), and the Department of the Prime Minister and Cabinet.

Nick is based in Picton and is undertaking post graduate study at the Amsterdam School of Creative Leadership. 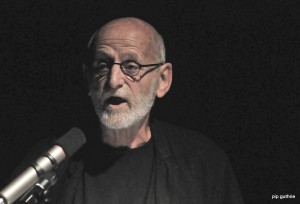 Luit Bieringa, the only non-Picton participant, has some 40+ years’ experience in the fine arts and social history area. He was the Director of the National Art Gallery during the 80s and has since then managed and curated numerous fine art, photography and social history exhibitions which have toured New Zealand and overseas. Together with his wife Jan he has directed a number of documentaries, one on the photographer Ans Westra and the Man in the Hat, being a portrait of the country’s foremost art dealer Peter McLeavey.
His studies on the Marlborough heritage industry led to the production of a feasibility study for a National Whale Museum for the region which has since then led to the more modest, yet more relevant and contemporary notion of a National Whale Centre idea presented here.

In driving the NWC concept we are conscious of the fact that we are, as a Trust and Project Director, not the experts on whaling history, marine bio-diversity, Maori / pre-European history or environmental issues and as such many of the ideas underpinning the concept are based on extensive advice and discussions with the many experts in the ex-whaling community, the Department of Conservation, natural museum experts, marine biologists, various iwi groups in the immediate Marlborough area as well as organisations such as Forest and Bird, the Whale and Dolphin Trust, Project Jonah and many others both within New Zealand and overseas.

We have also established links with the many museums in New Zealand and overseas which hold significant local collections of whaling memorabilia, are engaged in significant educational and exhibition programmes and address issues similar to those that will engage the National Whale Centre in Picton .

One of the first patrons we invited to join us was Isaac Scott. We invited him to be our Youth Patron since the NWC concept is driven by the notion of a sustainable future and it is hoped that Isaac’s example will appeal to children and their parents and allow us to build a strong future-focused audience.

Isaac Scott
Born in Norfolk, England in 2001, Isaac has spent most of his holiday time over the past year collecting signatures to petition the Government about Japanese whaling in the Southern Ocean.

In addition to the petition he has also started a Facebook page to support the petition. Sea Shepherd boss Paul Watson being one of the members to his page .
Having already garnered some thousands of signatures he hopes to present a 5000+ list to his local Member of Parliament for presentation to the New Zealand Parliament. It is Isaac’s aspiration to work with whales as a marine biologist.

Generously encouraged by his whole family, Isaac’s enthusiasm and knowledge about all things cetacean make him the ideal Youth Patron for the planned National Whale Centre . 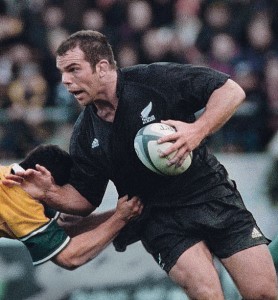 Anton Oliver
In New Zealand Anton Oliver is of course best known as one of the youngest All Blacks when he joined the reserves bench at the age of 19 in 1995. Appointed captain of the All Blacks in 2001, he followed in his father’s ( Frank Oliver) footsteps. After a lay-off due to injuries during 2002-03 He rejoined the team in 2004 and retired in 2007 after the World Cup having played some
298 first class games.

Often labelled as the “thinking man’s rugby player” Anton in his autobiography “ Anton Oliver, Inside” ( 2005) wrote about many issues facing the contemporary game that had not been out in the open before.

Outside of rugby Oliver became known for his involvement in the arts and environmental issues. As a member of Save Central he was an outspoken critic of Meridian Energy’s planned windfarm in Central Otago. Additionally he is patron of the Coalition for Open Government, was a spokesperson for the MMP campaign on electoral change and patron of the Yellow Eyed Penguin Trust. 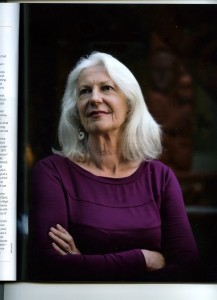 Dame Anne Salmond
Anne Salmond was born in Wellington in 1945 and grew up in Gisborne. She was educated at the University of Auckland and the University of Pennsylvania.
She is a Distinguished Professor of Maori Studies and Anthropology at the University of Auckland. For many years she worked closely with Eruera Stirling and Amiria Stirling, noted elders of Te Whānau-ā-Apanui and Ngati Porou. Their collaboration led to three prize-winning books about Māori life. Salmond’s work then turned to cross-cultural encounters in the Pacific, resulting in a series of works:
Two Worlds: First Meetings Between Māori and Europeans 1642-1772 (1991) which won the National Book Award (Non-Fiction) in 1991, and the Ernest Scott Prize in 1992;
Between Worlds: Early Exchanges Between Māori and Europeans 1773-1815 (1997) which won the Ernest Scott Prize in 1998;
The Trial of the Cannibal Dog: Captain Cook in the South Seas (2003), which won the History Category and the Montana Medal for Non Fiction at the Montana New Zealand Book Awards 2004;
Aphrodite’s Island: the European Discovery of Tahiti (2010), shortlisted for the NZ Post Prize for Non Fiction and Le Prix des Gens de Mer prize in France; and her latest book,
Bligh: William Bligh in the South Seas (2011).

Dame Anne has served on a number of boards, including the Museum of New Zealand and the Foundation for Science, Research and Technology. She was chair of the New Zealand Historic Places Trust from 2001 to 2007.

In November 2007, Dame Anne was elected as an inaugural Fellow of the New Zealand Academy for the Humanities, Te Mātanga o Te Whāinga Aronui. In 2008, she was elected as a Corresponding Fellow of the British Academy, and in the following year as a Foreign Associate of the National Academy of Sciences – the first New Zealander known to have achieved this double distinction.

Anne Salmond’s knowledge of and passion for New Zealand’s history, her close involvement with Māori culture and the place of the environment within that culture and those of the Pacific will ensure that the underlying principles and activities of the National Whale Centre will have to or at least try to match her achievements.

Anne and her husband Jeremy practice what they believe in. In 2000, they initiated the ecological restoration of Longbush Reserve and continue to play a leading role in that ecosanctuary in Gisborne.